Over the course of time Pollard Architects have been requested to program and Master Plan several developments within Salt Lake City. The blocks, which are perfectly square (660’ x 660’ and 10 acres each) formed by streets (160’ right -of-way) and orientated  north- south and east-west axis or grid, is a city which was expanded upon the railroad towns by Brigham Young to accommodate a center agrarian common purpose. We have been involved with aspects of the blocks but never really with the full 10 acres or more until one client asked us to provide various scenarios and programmatic responses to this city layout.

The client was in a unique situation where the entire block was in their control.

There has been many discussions and items written on the “The Plat of Zion”, even an Urban design conference.

“Unintentionally, the Mormon’s created a city around one of the most important principles of urban design: adaptability. The Mormon Block can be divided into smaller blocks to promote walkability, it can accommodate an entire university or business complex, or it can structure buildings around important public and civic spaces. Adaptability in urban form is a quality that is often overlooked.”

We took this idea of adaptability and strengthened it with what a mentor of ours John Sugden, FAIA had always fostered a sense of Universal space in a unifying modular and provided several options for the client. 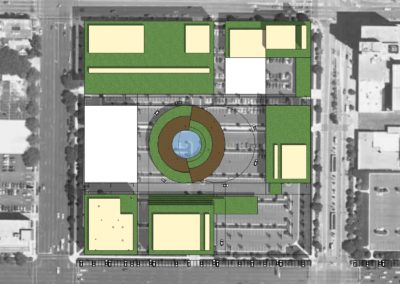 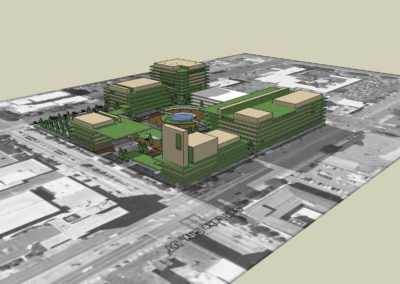 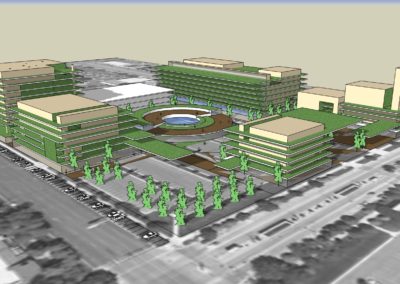 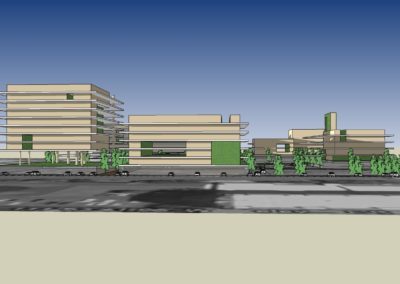 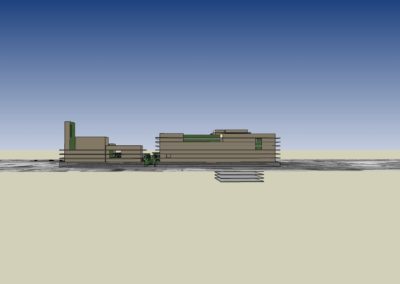 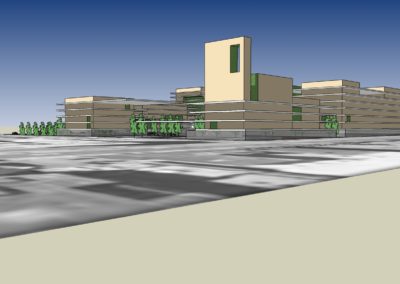