After Remodeling the Twin Rocks Café, we were approach by a private landowner to create a Master Plan  and Art Colony with several specific component parts. The first element would be a specific small,” boutique” B & B which would be supported by the restaurant we had just completed. The expansiveness of the exterior landscape called for an intimate courtyard with a tie to the exterior through the sky and two wall apertures.

Like the Twin Rocks, we established twin walls, but horizontally . Both walls would be solid except for the two major rolling doors. Our exploration of materials included rammed earth. corten steel, and stone of the area, This allowed our clients to decide which was more in keeping with the brand they wanted to portray. We felt the rammed earth version was the strongest.

The interior courtyard would have a firepit, water element, and vegetation for a appropriate tie to the exterior spaces. A spectacular evening view of the stars would be offered through the courtyard, just walking to your room.  We turned to Cove Fort, an historical site, near Capital Reef, as a point of departure for our approach.  The fort was built in 1847 to offer protection and refreshment to the traveler. 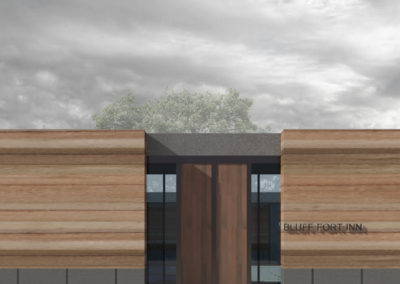 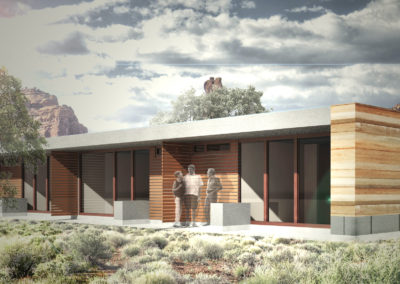 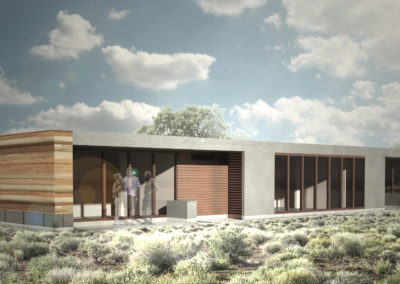 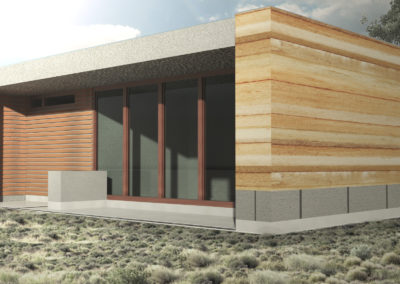 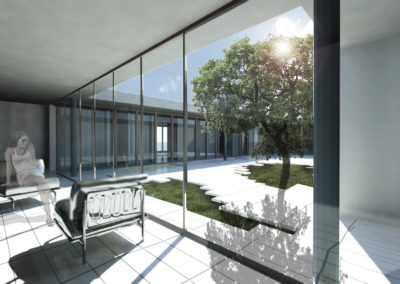 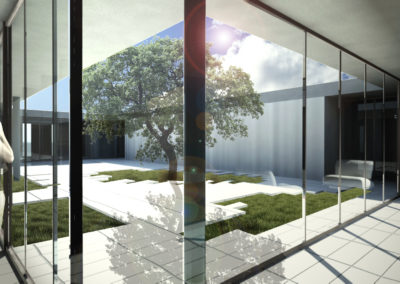 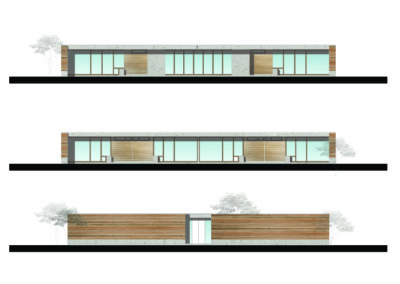 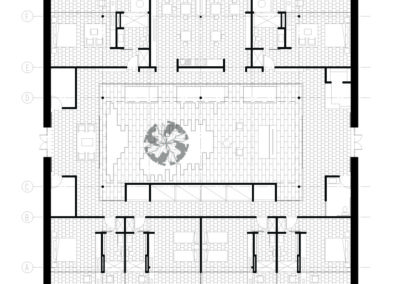 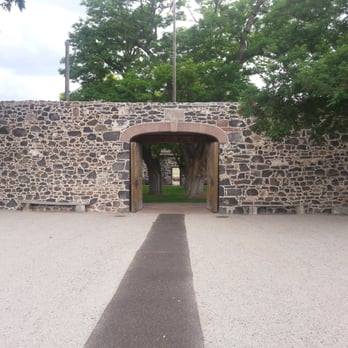 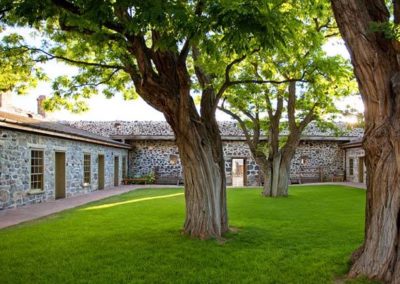 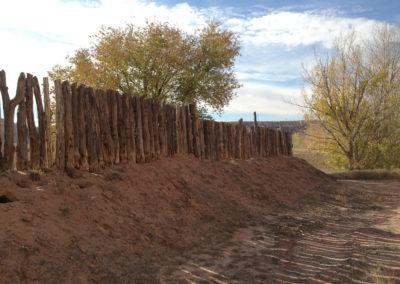 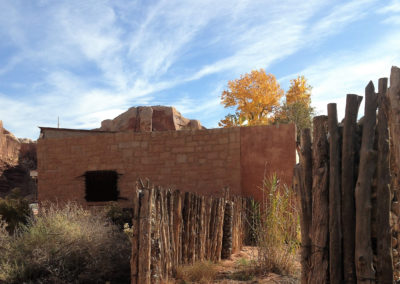 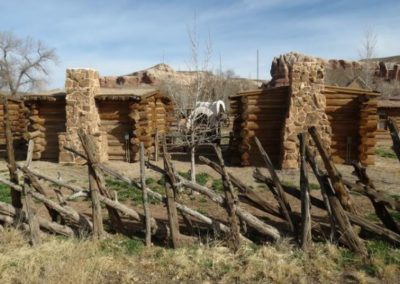 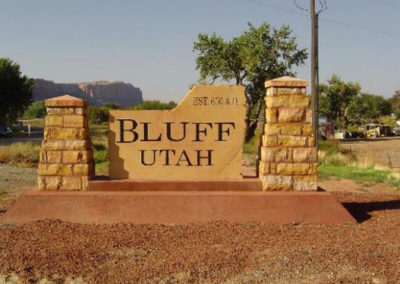